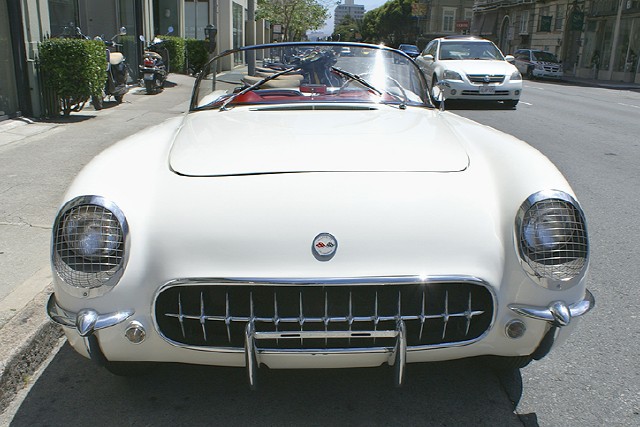 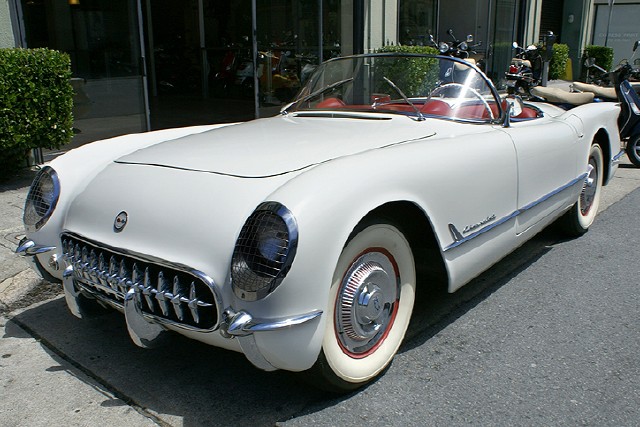 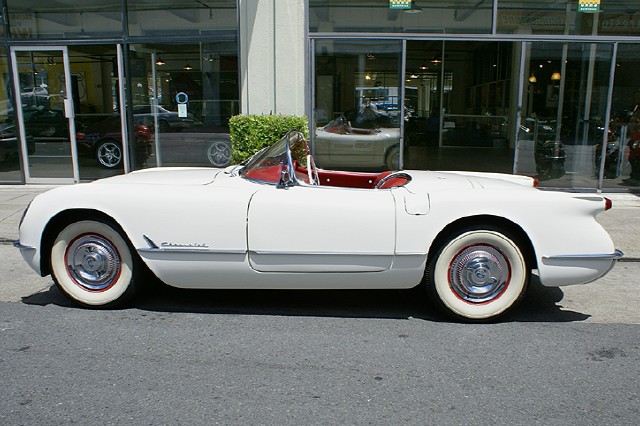 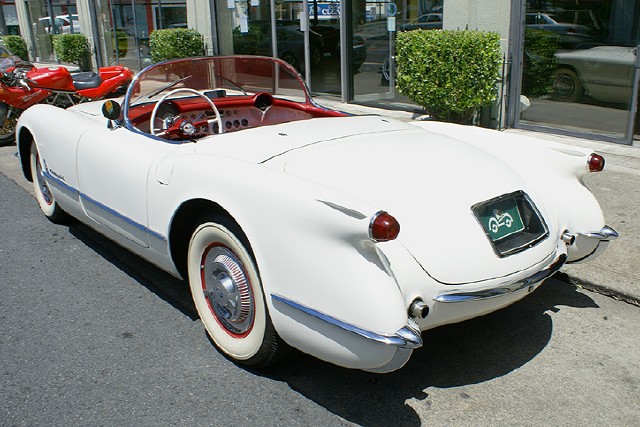 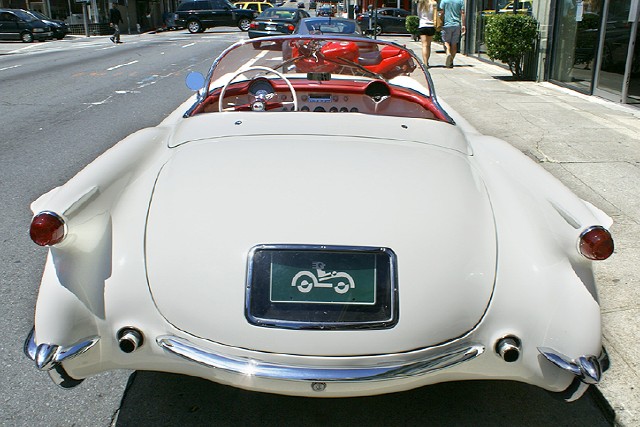 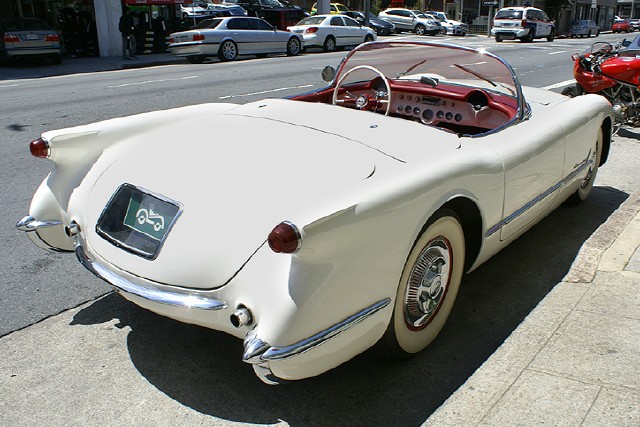 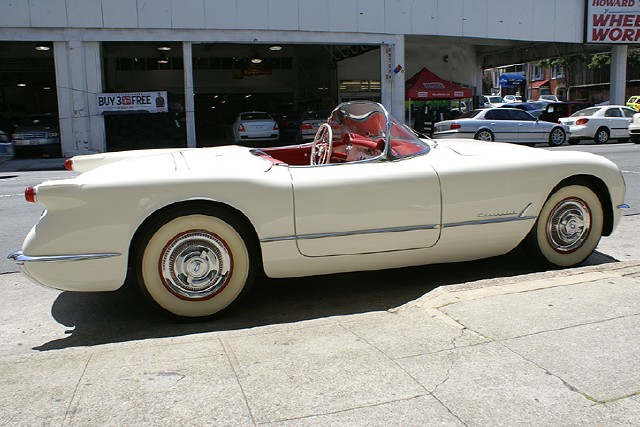 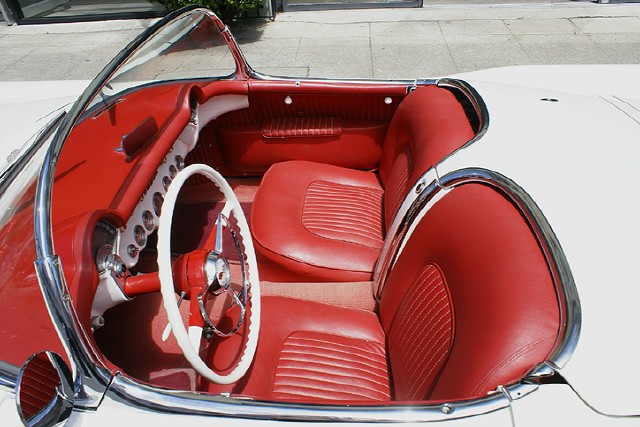 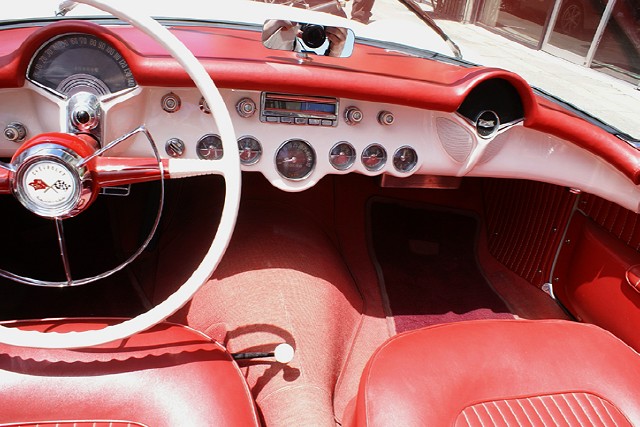 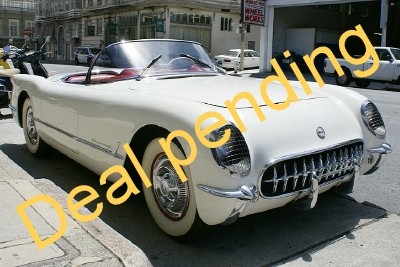 1954 Chevrolet Corvette. Polo White with a Red interior and white soft top.
58 Miles showing on the odometer and with a Powerglide automatic transmission.

For all practical purposes the 1953 and 1954 Corvettes were the same.  Chevrolet had focused on the production line rather than on engineering breakthroughs. As a result, changes to the '54 model were generally minor. A mid-year camshaft modification raised the output of the Blue Flame Six by five horsepower, to 155 (the two-speed Powerglide automatic transmission remained standard). Additional color options were added such as Pennant Blue, Black, and Sportsman Red.  The stainless-steel exhaust tips were lengthened, on the '53 model the shorter exhausts had shown a tendency to stain the paint on the close-fitting bodywork.  Door handles were redesigned for easier operation. 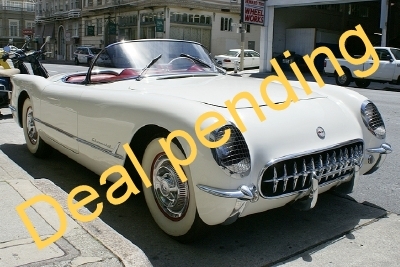 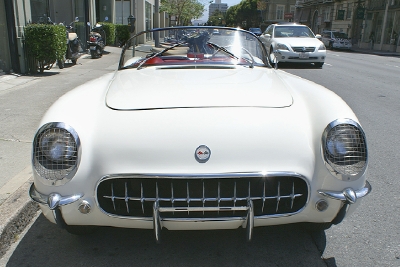 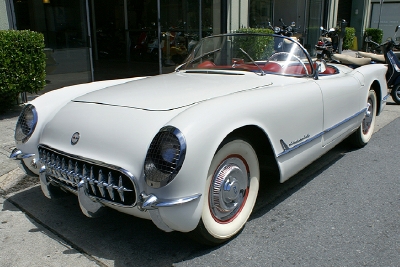 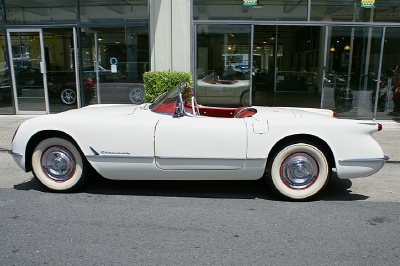 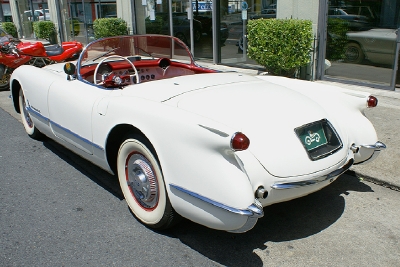 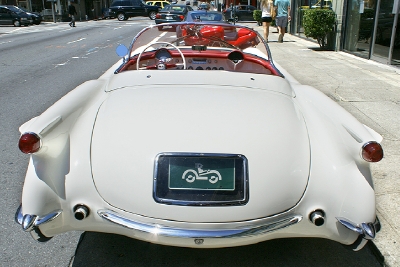 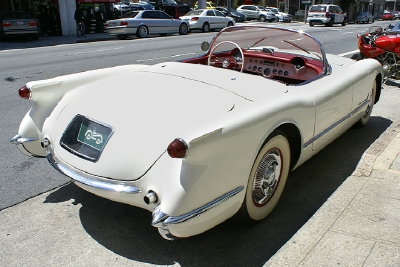 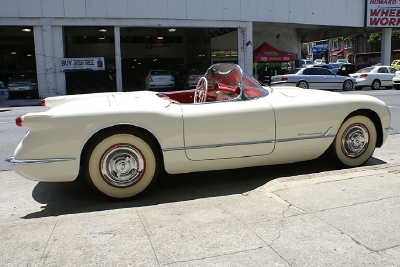 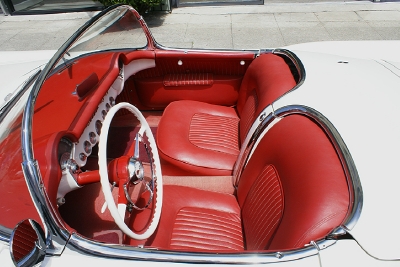 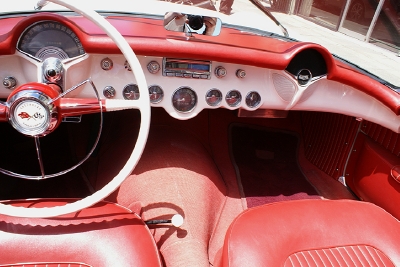 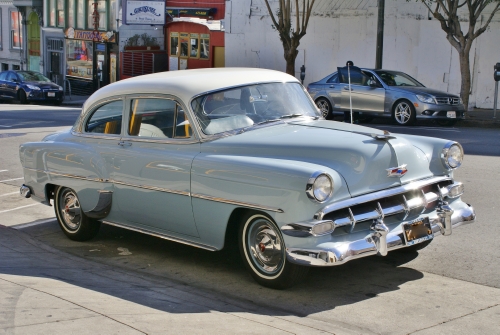 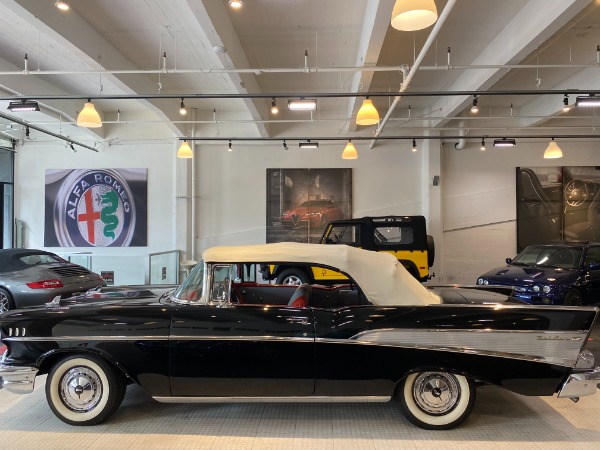 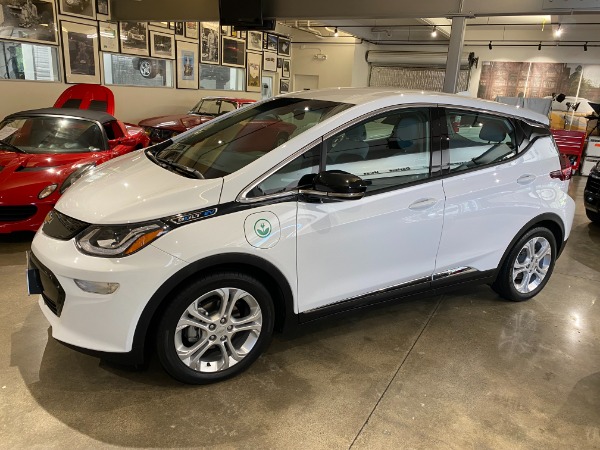 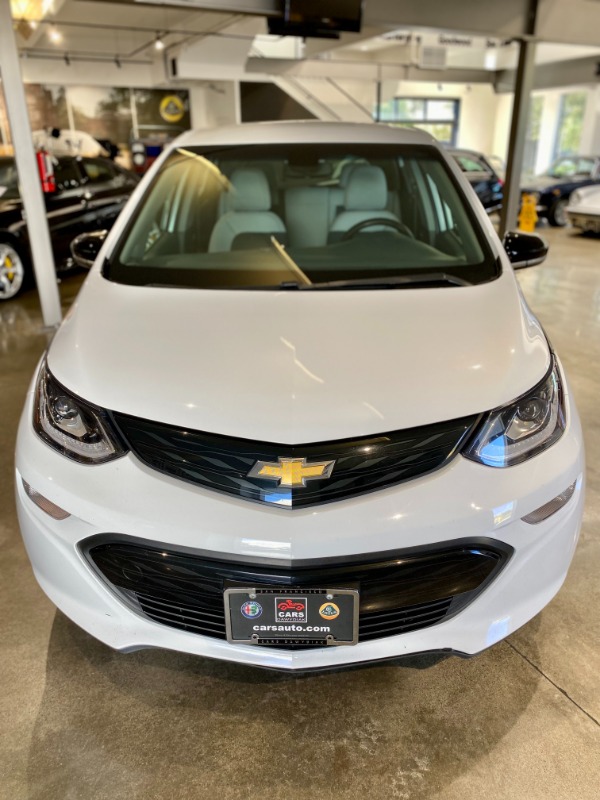